All the food is good here. In the weirdest way. I’m not eating anything that I would normally eat. The things that feel safe and clean and healthy are things I would try to avoid in the US. And yet somehow it works. Maybe even better than at home. Because I have so little control, I feel free to enjoy things for exactly what they are, go with what seems intuitively right in the moment, and worry a little bit less. And my body is happy! An aha moment.

That said, I’ve had two meals that stand out as perfect, among all the delicious eats that have peppered my trip. These meals were polar opposites. One extremely simple, entirely Keralan, and with some trust required. The other fancy beyond fancy. Fancy enough for NYC even. Almost not Indian at all.  Definitely “safe.”

#1, The Bhakti Lunch or Farm-to-Table Prasad 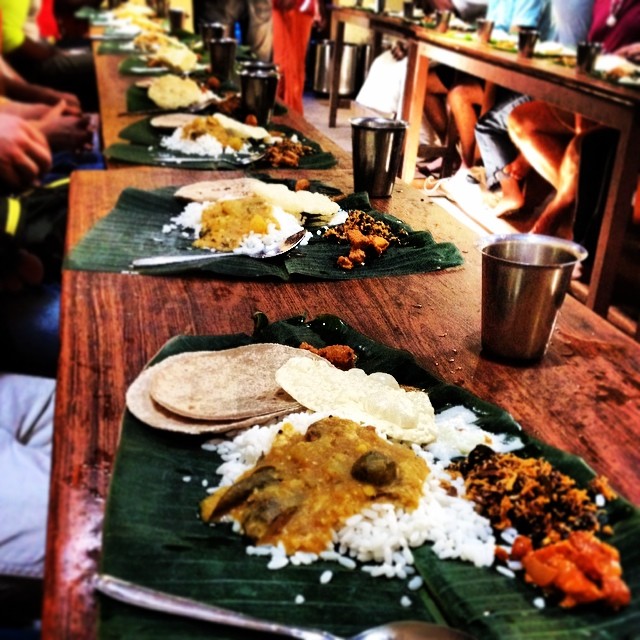 Prasad: Literally, a gracious gift. Often a food. Offered to a deity, then distributed in his/her name to the followers. It is then considered a divinely invested substance with the deity’s blessing residing within it.

This is not exactly what happened at lunch on my first Friday in Kovalam, but it felt similar. Lunch as a divine act, lovingly offered and graciously accepted.

The group of yogis practicing at Ashtanga Yoga Kovalam hopped in a posse of rickshaws (or tuk tuks as they are sometimes called here, essentially hopped up motorcycles with seats) and went on a caravan to a small local temple where a Swami and a few of his followers prepared lunch.

As we waited,  the residents of the temple made Puja, a religious ritual paying homage to their departed guru and the deity of the temple. They blessed us all with the divine ash, then asked us to join them in the dining hall. The tables were set with banana-leaf “plates” and we all sat as the Swami himself and his followers served us their home-cooked meal.

Here’s where the trust came in. We were all newly arrived. I personally was nervous about the food and water in general, after my last India experience, and who knew what way they prepared the food? What water did they use for the dripping-wet banana leaves? But the spirit of the offering was greater than the fear. I surrendered. We all did. And it was some of the most delicious thali I’ve ever tasted. Somehow, what in America would seem like little piles of soupy vegetables became haute cuisine.

As we all ate to bursting, we discovered that all the vegetables were grown in the garden outside. All the cheese and curd were made on site, with milk from the temple’s cows. In the US this would be a highly sought, somewhat expensive farm-to-table meal. In Kovalam, for us, it became divine sustenance. 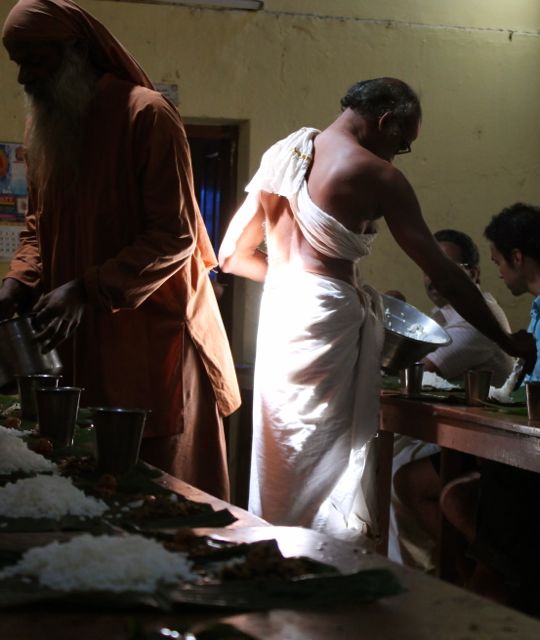 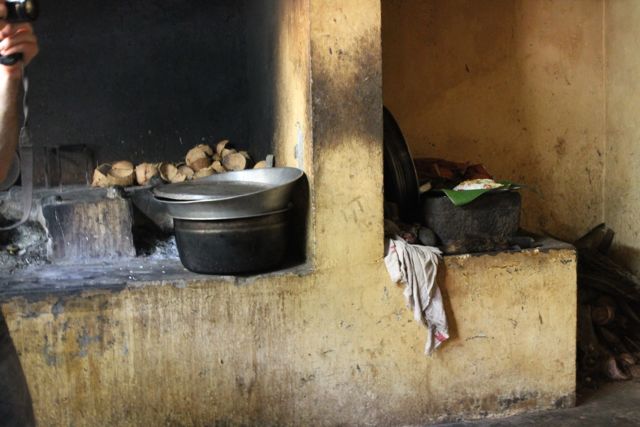 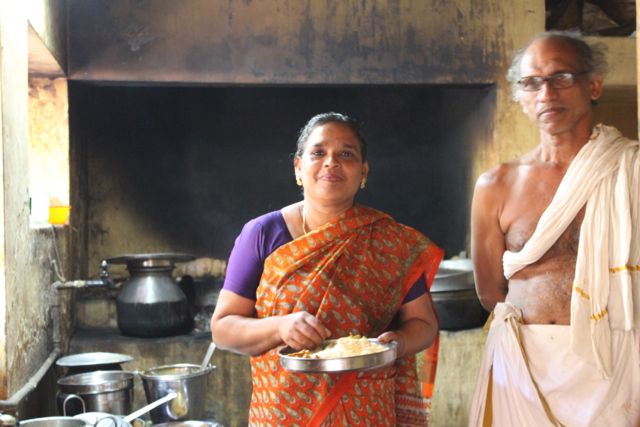