There is a magic spot after vacation, somewhere between getting off the plane and getting back to work. A spot where my mind is open, the possibilities seem endless and my energy is renewed. I think I’m there now.

After my all-too-short trip west, I feel both happy and light, and ready to get back to my personal rituals. Somehow the interruption of the ashtanga regimen was fine, good even, but as I stepped on my mat for a solo primary series yesterday I felt ready to get back to the ritual.

Rituals, after all, are what ground my days. They help me slow down and notice the moments, feel connected to the world around me and yet less swirled up in its extraneous nonsense.

And so after a break, even a delectable one, it’s nice to know that my personal practices and rituals are still there waiting for me. They don’t dissipate in a few days. They’re part of the fabric of my being that I’ve created with sweat and determination over the years.

After my simple, flowy practice during which I did not tweak or perfect or monkey with anything, I felt energized to write, to walk, to cook up a storm and still enjoy the sunset on deck with the BHH. In a day when I could easily have gotten swirled up in “chores” that felt less than satisfying, I somehow managed to find delectability instead. Yes, I still folded the laundry (well, the BHH helped…) but I didn’t sweat it.

I have a feeling this sense of extreme energy and possibility might be blunted a bit with the return to office life, but I hope to hold on to at least some of it. Rather, I know I can. If only by taking that extra 15 minutes for pranayama at the end of practice each day or sipping a cup of tea over candlelight each night.

We’ll talk more about the power of ritual and retreat coming up. But in the meantime I have a loop to walk, a mat to step on to and some recipes to write. Yup, I’m still ‘in the zone.’ 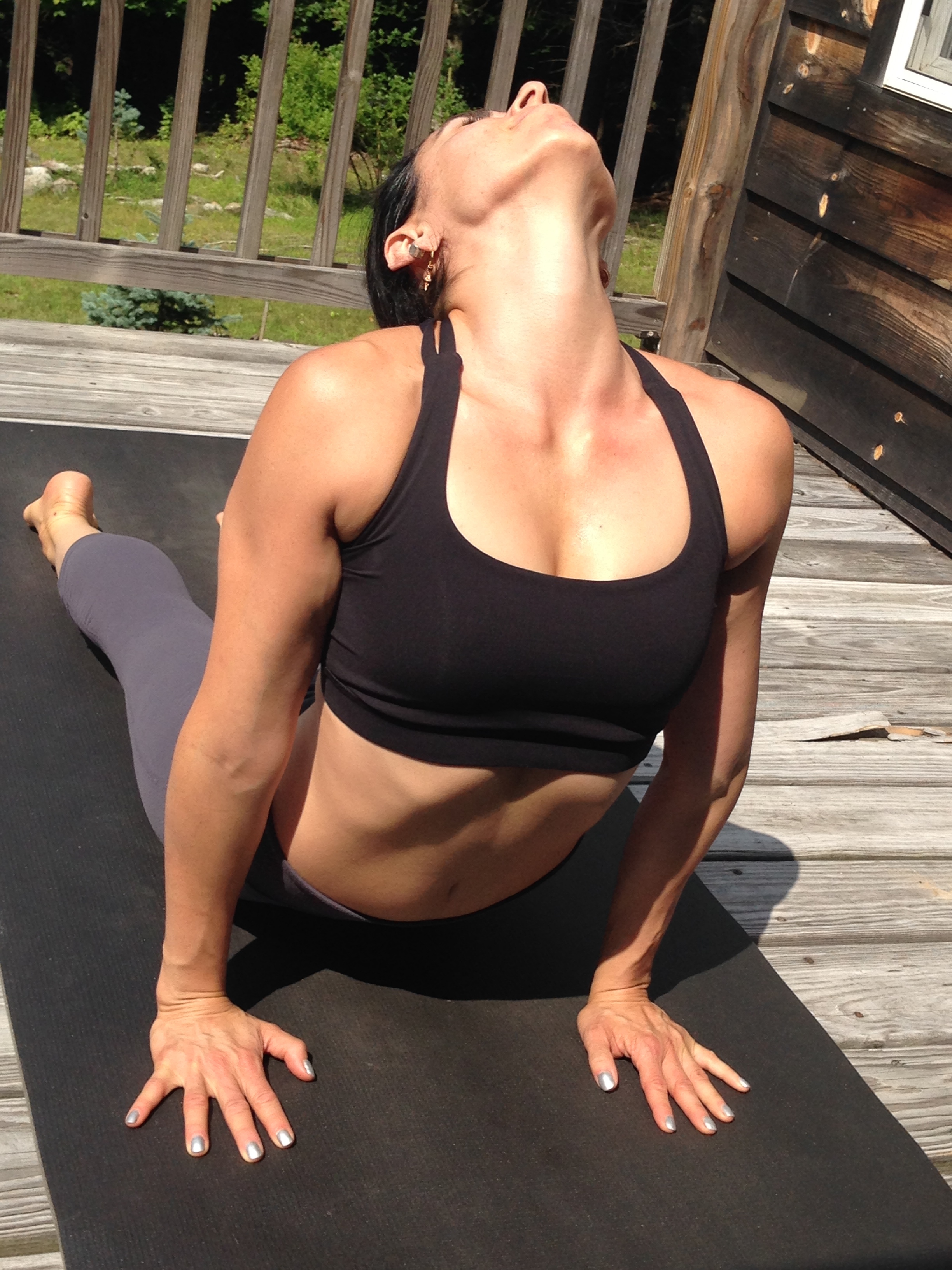