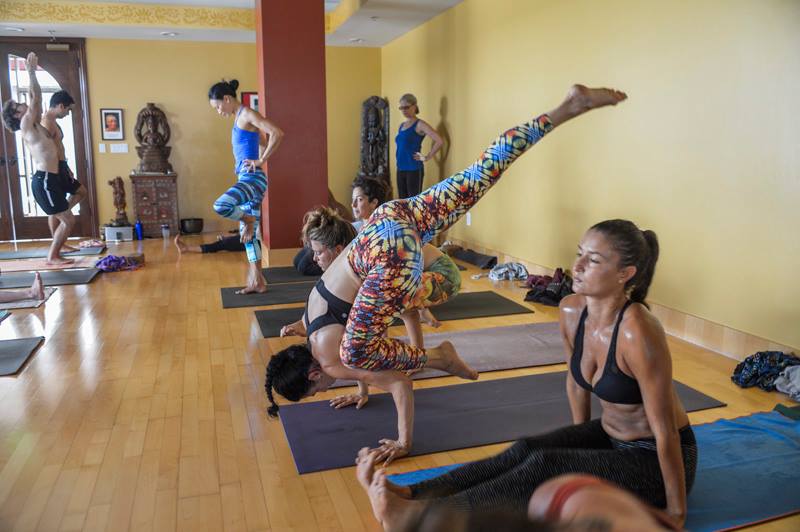 A number of months ago my friends at the Ashtanga Dispatch hosted an Instagram Challenge, and one of the required poses was “the pose you wish…wasn’t.” So yeah, my immediate reaction was to avoid that challenge! But seriously folks, there are very few poses I wish didn’t exist. Though there are plenty of poses that challenge me, I find most of them enjoyable to work on. But there are one or two poses that feel more than challenging. They feel impossible. As if there is no finger hold. Nowhere to begin. Like they were designed just to show me my limits. There’s no work, just a feeling of inadequacy.

When I saw this part of the challenge, I knew exactly which asana was “the one.” Eka Pada Bakasana A. The pose that nearly broke me. I’d been trying it for years, when at a certain point my teacher just pushed me past it, letting me work on the rest of the series. Maybe to distract me from the obsession. Still, 6 years later I still had no leverage. No sense of progress. Just an endless succession of days and years when my teacher would haul me up by my back leg and I’d grit my teeth and hope not to fall and crack my teeth on the floor.

Though many asanas come easily to me, this pose stuck in my craw. Every time I went to a new studio I got nervous. Would they judge me? How would I explain my Achilles heel?

This pose bothers me so much that when thinking about posting a picture of it, I actually forgot I can sort of DO it! About 2 years ago, I finally got that thing off the ground! I don’t know how. I think I just willed it. I was sick of feeling like a victim and I pressed my leg into my arm and my hands into the floor with all my might and lifted up. And shocked the living sh*t out of myself so that I fell over. But every day after that I “got it up.”

Flash forward to last month. As I got on the plane for the Third Series Teacher Training (the first of its kind) with the inimitable Tim Miller, I realized that my biggest fear was whether I had enough yoga clothes with me. I had dropped all the fear around my nemesis pose. I felt totally secure in my practice just as it was at that moment.

And, somewhere in the middle of the training, I saw the above picture of myself in Eka Pada Bakasana A. It’s messy. Nowhere near perfect. My arms aren’t even close to straight. I have my knee sort of crossed over the inside of my armpit in a way they tell me is cheating. I point my bottom foot down toward the ground instead of up to the ceiling. And you know what? I still love it! I saw my ‘messy’ picture and got such a thrill. “Look at that! I fly!” I thought.

It’s funny, I when I see pictures of asanas I truly love, the first thing I notice is usually some flaw. But looking at all the flaws of this pose, I see nothing but triumph.

You see, I have often seen myself as sort of weak and bendy rather than strong, stable and with great stick-to-itness. This pose proves me wrong. I stuck. Six years. Six days a week. Endless failures. But as Facebook is always telling me, people who succeed are the ones who tried one more time than they failed. Or some such cheesy quote like that. Cheesy, but true. Try one more time than you fail and you are a success.

And now I know I can. In many more important areas of my life than asana. But sometimes the small picture really points out the truth of the larger one.

Thanks Tom Rosenthal for the picture of my awesome, messy, cheaty, sweaty perfectly imperfect Eka Pada Bakasana A. I’m finally really glad this pose “is.” And now on to Tic Tocs….